All About Weapons Print 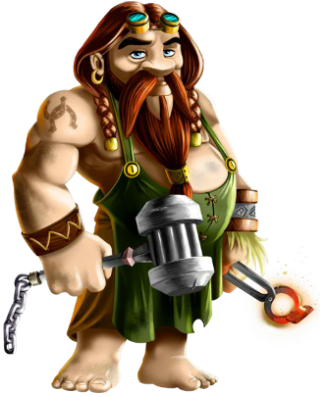 Gunnar: Weapons, you say? I know all about 'em!

Weapons play a very important role in the game. How good your weapons are directly relates to how well your heroes do in battle. Give them all the attention they deserve.

Some key points about weapons:

The little blue book icon opens up the Weapons Collection.

But which weapons are better than others?
Weapons are not inherently better than other weapons. The only determining factor is their stars and level. But, all weapons have different skills attached and a basic balance of attack and defense power. Some weapons, like Axes and Staffs, tend to be more defensive. Others, like Swords and Guns, tend to be more offensive, dealing high attack damage. No weapon is better suited to any specific hero, it's completely up to you with weapon to use for each hero. More importantly, try to create a team with a balance of attack/defense/health stats and a nice variety of skills.

Note that some battles will be nearly impossible without weapons with a high attack stat. Try to always have at least one high-level attacking weapon on equipped to your team.

Did you find it helpful? Yes No

Send feedback
Sorry we couldn't be helpful. Help us improve this article with your feedback.